SUSTAINING VITALITY: THE MANAGEMENT OF WELL-BEING

“Health is a state of complete physical, mental and social well-being and not merely the absence of disease or infirmity. ”


As the definition by the World Health Organization, well-being is a key factor in health and a source of vitality. Achieving workplace wellbeing, such as good employee relations and job satisfaction, has become a corporate value. Many companies are creating digital services to promote well-being in the workplace.


The Switzerland-Japan Economic Forum 2022 at the residence of the Swiss Ambassador in Tokyo was held on 17 November. The theme of the Forum was Sustaining Vitality: The Management of Well-Being. Participants discussed how to use technology to improve well-being within organizations and how to support employees.

“Climate change, global pandemic, war and economic transformation. We find ourselves in a whirlwind of crises and unrelenting accelerating change,” said Andreas Baum, Ambassador of Switzerland to Japan.

Putting it into an economic context, Baum pointed out that the Swiss Foundation for Health Promotion estimates that the Swiss economy would stand to gain SFr6.5bn (US$6.8bn) if all employees had a well-balanced working environment.

The first panel discussed the role of technology in supporting vitality.
Officials from three companies that provide services aimed at organizational well-being through digital technology discussed the significance and challenges of such services.

Co-moderator Alyson Meister, Professor of Leadership and Organizational Behavior at IMD, highlighted the fact that mental health has declined significantly in the past few years in the wake of the pandemic.

“At work, nearly 50% of people feel stressed on a daily basis and they’re feeling the symptoms of burnout,” she said adding that only a third of people feel that they’re actually thriving at work.

As a sign of how significant this is, she pointed out that the wellness sector has grown by 30% since 2020.

Vlad Georgiou is Chief Executive of KyanHealth, which provides fully personalized mental health and well-being management services for employees and their families.

With his over 10 years' experience as a consultant who built and led health management programs for employees, and going through "a pretty severe burnout”, he founded KyanHealth in 2021 with his colleagues.

Georgiou pointed out that health management in organizations is generally “you have to be sick to be eligible for support”. Also, by his own experience of burnout, he keenly realized the need for early support and the existence of two barriers. The first is the barrier to awareness of illness. “I was completely unaware of my condition until I became sick,” he said. The second was the barrier of access to specialists, such as long waiting times to see a doctor.

To overcome these barriers, the service provides users with an application to monitor their own health, and if necessary, self-care such as meditation, connection to professional care such as counseling, and so on. “The combination of both types of care helps to eliminate loneliness,” said Georgiou.

Shift to "employee wellness is a corporate value"

Globally, the market for health management services using digital data is growing rapidly. The foundation for this is the growing trend to find signs of disease as it becomes easier to collect digital biodata.

Koji Hazama, Executive Officer of ExaWizards, which aims to solve social issues through artificial intelligence, explained these trends and expressed the view that a “preventive market” can be created between medical care and healthcare.

He said that the reason health management services using digital technology have not become more pervasive in Japan is that employee health management is not recognized as a valuable investment to increase corporate value.

He cited the spread of ESG investment as a prescription for this.

If the health of employees becomes a subject of evaluation, “the mindset of the management team will change,” said Hazama.

The key to organizational happiness is “triangle” communication

Kazuo Yano, Chief Executive of Happiness Planet which supports hundreds of companies in increasing their productivity and well-being, began his research at Hitachi in 2003, using sensors to detect body movements.

To date, he has used AI to analyze data from approximately 100,000 people for a compound total of more than 10 million days.

Employees of the companies where the Happiness Planet application is installed, form groups of three or four people to express positive intentions and to support each other.

“Next,” said Yano, “we hope to expand it to the general public.”

In response to the discussion, in which efforts to improve the work environment were presented through a variety of approaches, Meister concluded, “We found that technology is involved in situations where connections are made between people, such as access to specialized care and triangular relationships. Technology is the bridge between organizational vitality and well-being”.

She then mentioned the need not only for service providers but also companies to understand and manage the risks involved in handling privacy-sensitive data such as health information.

Find happiness in a local lifestyle

The second panel discussed well-being at work and how organizations can support employee vitality.

Kinuko Yamamoto, Executive Vice President at Pasona Group and President and Representative Director of Pasona Smile, works on well-being and vitality within communities.

In 2020, Pasona relocated a part of the headquarters from Tokyo to Awaji Island, Hyogo Prefecture. “There’s a lot of stress of work and of family concentrated in the Tokyo metropolitan area,” she said.

“We thought that people would be able to have different and happier ways of life,” she said after the move.

She also said that her goal was to “create a new industry on Awaji Island” in order to improve the current lack of employment in the region.

On the lives of her employees after the relocation, she said: “employees can live in a house several times larger than in Tokyo and commute to work in 10 minutes. It is great that employees can make proper time to do what they and their family want to do.”

The company has positioned Awaji Island as a “well-being island”.

“We are trying to create a new health industry on Awaji Island by bringing together human resources and companies related to health. Our employees are also motivated to move from the human resources business to becoming a social solutions company,” Yamamoto said.

The Friendly Work Space program includes a number of criteria, including the formulation of a workplace management plan and corporate social responsibility.

The program provides a mechanism for companies to evaluate themselves and to improve the adequacy of their employee’s health management.

“We evaluate not only the creation of the plan but also the actual operation and updating of the plan,” said Kocher.

To date, more than 100 companies have been certified, and more than 200,000 employees have benefited from the certification.

“The label isn’t always necessary to be healthy. It is an initiative to move forward,” Kocher said.

Nexthink is Swiss unicorn and a world leader in digital employee experience that develops software to manage various experiences of working, such as workers’ satisfaction and the health of an organization’s employees.

Using his own company as an example, Chief Strategy Officer Yassine Zaied said: “Striving to make a difference in the world can put pressure on us and affect our well-being, but it can also be a challenge. Creating an environment where people have a clear sense of purpose and feel a sense of fulfillment is the foundation for wellbeing.”

This is a key point to bear in mind when using software to detect staff satisfaction. Zaied said, “We help management feel understood by highlighting which parts of the organization are causing problems and which employees are causing the employees to be less satisfied.”

He added, “Satisfaction is measured differently in different jobs and countries. By assessing each person’s condition, rather than capturing it broadly as a group, our software is quite accurate – around 75% of the time” he said.

Well-being initiatives in Switzerland and Japan

In concluding the discussion, Naoshi Takatsu, IMD’s Managing Partner in Northeast Asia who acted as a co-moderator, said: “Our lives already span the virtual and the real. This can be both enriching and challenging. This forum has confirmed that we – Swiss and Japanese – are uniformly committed to happiness. We have been able to learn from each other because we understand that we share a common goal. Vitality and wellbeing are two essential human themes.”

Summing up the two panels, Andre Zimmermann, President of the Swiss Chamber of Commerce and Industry in Japan and President of ZAC Incorporated, asked the audience to go back with one important thought.

“We need to work not only in a company but to work together. If people feel that they are being taken care of and that everybody cares, then it’s going to work”. 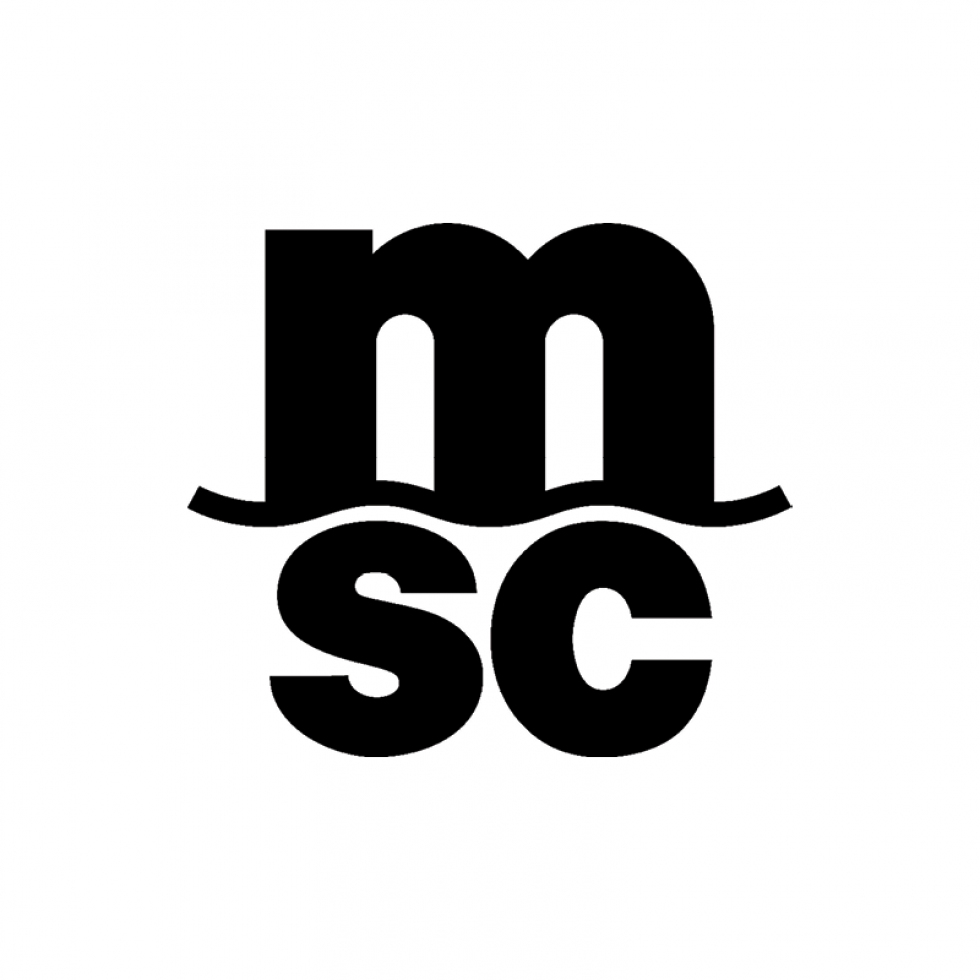 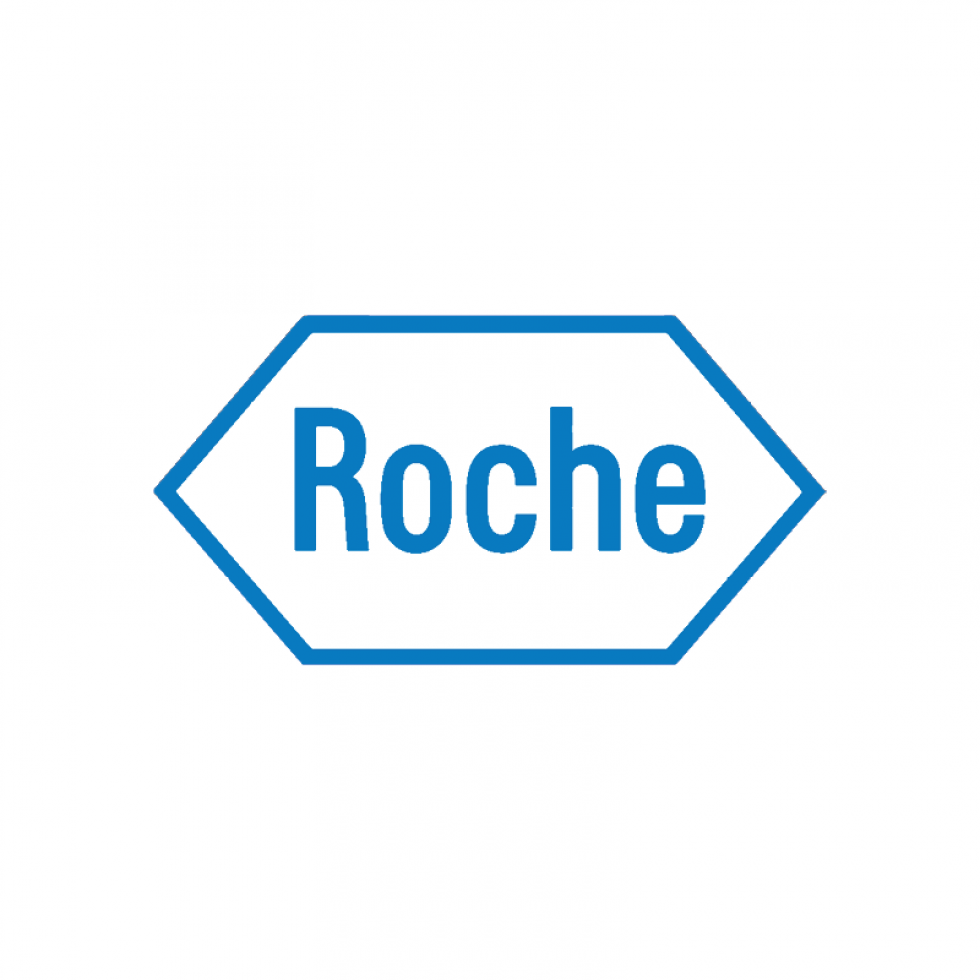 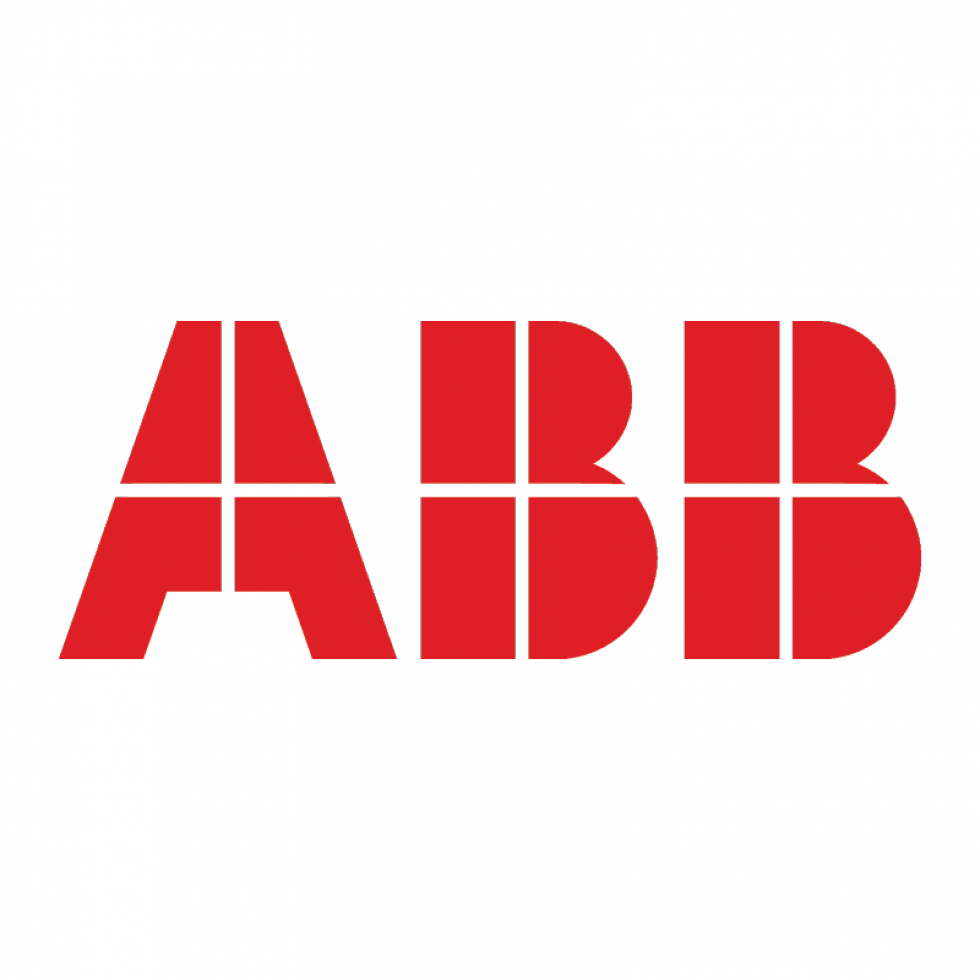 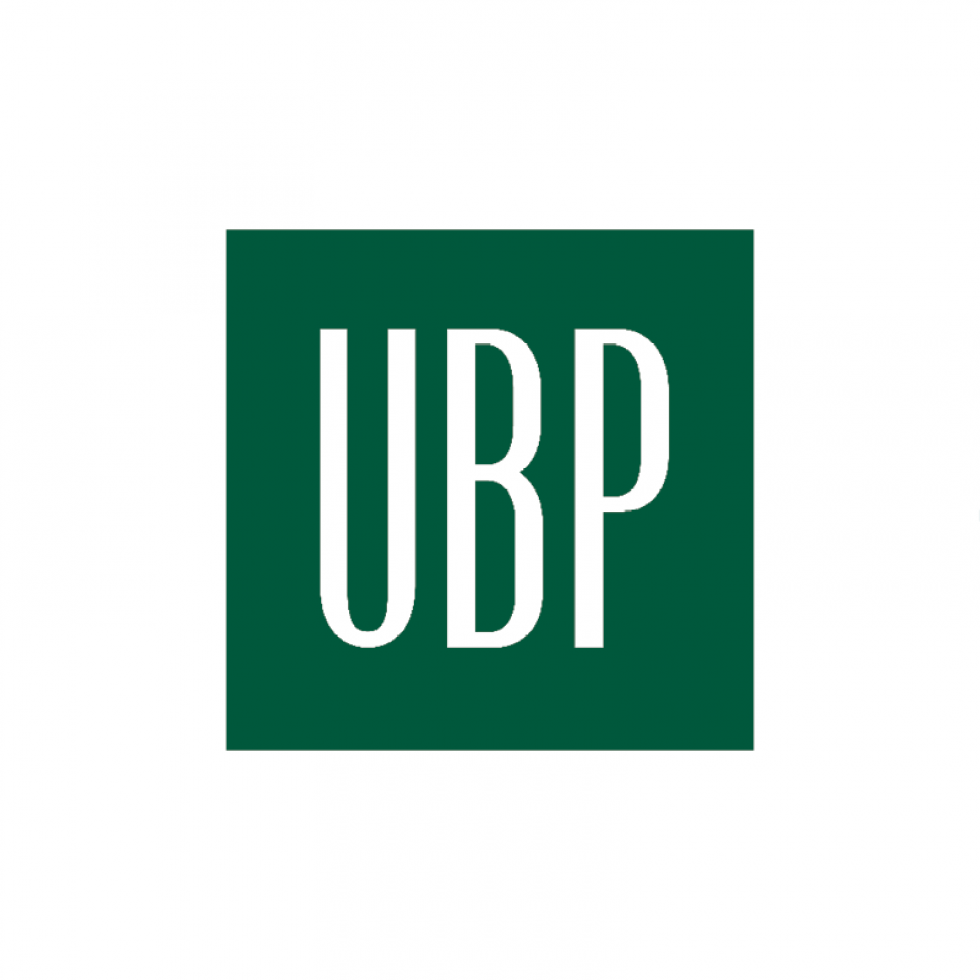 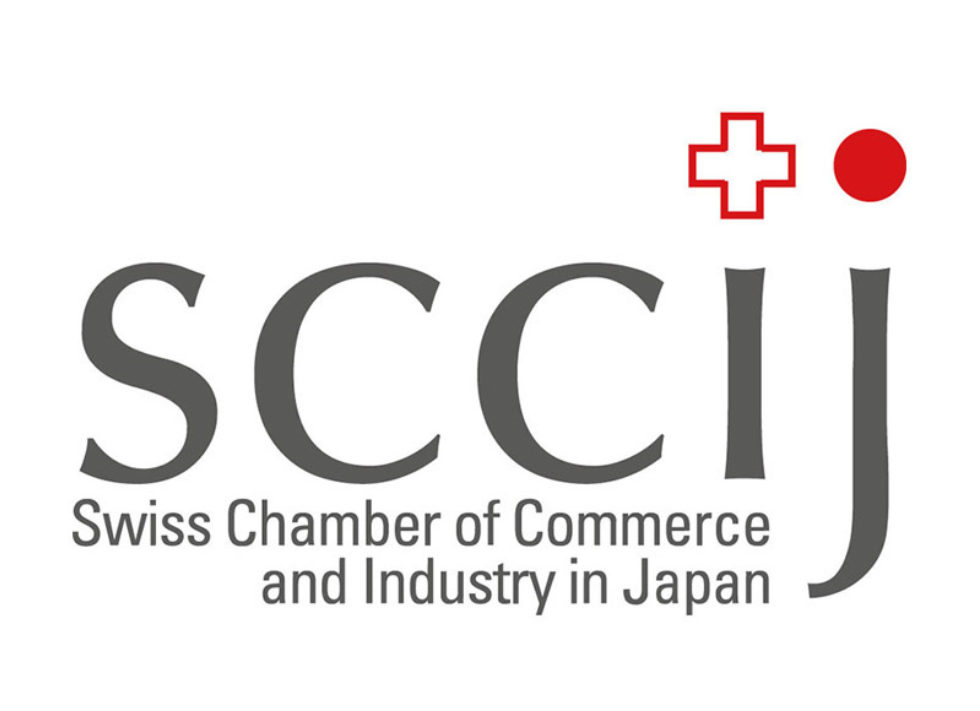 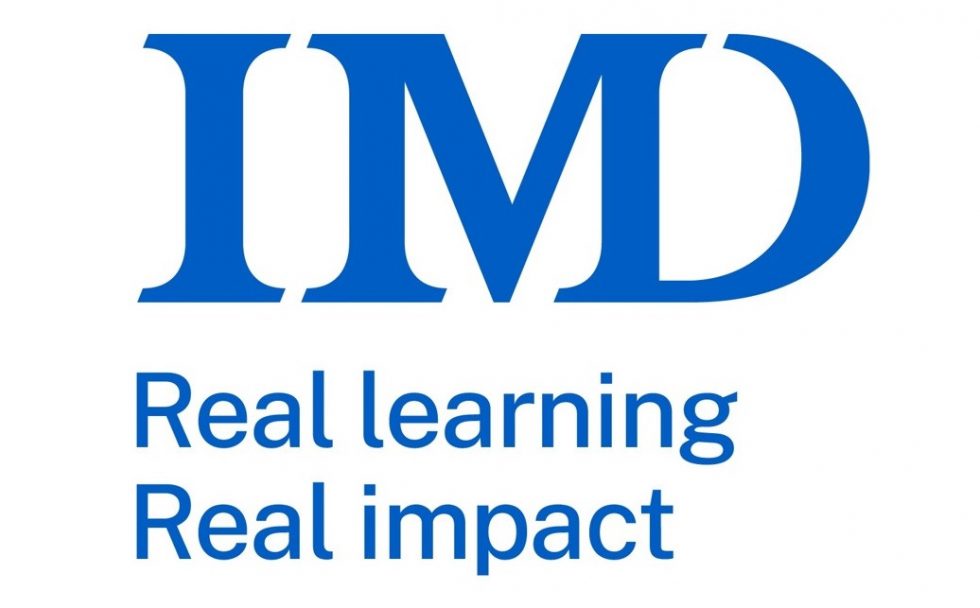 MOBILIZING OUR CAPITAL TOWARDS SUSTAINABILITY:
HOW CAN WE MAKE IT HAPPEN?

PARTNERS FOR COMPETITIVENESS,
INNOVATION AND A HEALTHEIR FUTURE